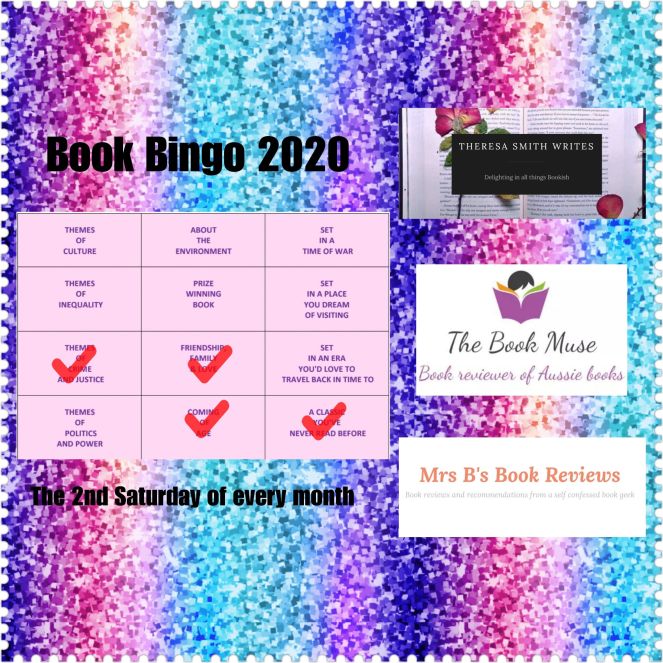 Book Bingo 2020 is a collaboration challenge I am completing for the third year with my favourite bloggers, Theresa Smith Writes and The Book Muse. On the second Saturday of each month, beginning on Saturday 11th January 2020, Theresa, Ashleigh and I will complete a book review post, outlining our respective bingo card entries. The Book Bingo 2020 card contains a total of 12 squares, which we will complete over the course of the year, with the aim to complete the whole card by December. To keep things interesting for ourselves and those following along with us, the choice of bingo square to be covered will be entirely down to us, there is no crossover – that is planned anyway! We invite you to join us in this fun book related challenge, by linking your bingo card entries in the comments section of this post, tagging us on social media, posting in Page by Page Book Club with Theresa Smith Writes  or by visiting our blogs The Book Muse and Theresa Smith Writes. 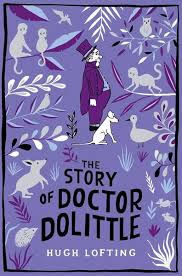 He doesn’t treat humans – he treats animals instead! He loves animals so much that his busy house in Puddleby-on-the-Marsh is full of every creature imaginable – from parrots to pigs, monkeys to dogs and many more – and very soon he even learns how to speak their language.

The doctor’s animal friends are quick to tell him that the monkeys in Africa have become infected with a terrible disease, so with a team of trusty creatures by his side the kind-hearted doctor sets off on an action-packed adventure to save them.

Hugh Lofting’s The Story of Doctor Dolittle is one of the most fun, delightful and imaginative stories in children’s literature. Featuring the eccentric doctor who learns to talk to animals, the novel has been adapted as a major film starring Robert Downey Jr., Emma Thompson and Selena Gomez. This beautiful paperback edition is illustrated with original line drawing from Hugh Lofting himself and contains engaging bonus material such as a quiz and a word search.

First published in 1920, The Story of Doctor Dolittle by Hugh Lofting is a children’s book classic, which has been enjoyed by many generations since it first released. Most people will be familiar to this classic thanks to the screen revivals of this text. From Rex Harrison’s musical, through to Eddie Murphy’s comedy and most recently, Robert Downey Jr’s colourful reprisal. I didn’t read The Story of Doctor Dolittle as a child, so it was a welcome experience to finally read this classic tale.

The Story of Doctor Dolittle is the story of a man who develops the unique ability to communicate and treat animals. Doctor Dolittle relates far better to his vast collection of animals than humans. With his home at Puddleby-on-the-Marsh populated with every animal imaginable, from monkeys, to hedgehogs, mice and crocodiles, this doctor relates to all creatures – great and small. When the renowned doctor is requested to travel to Africa to save a group of monkeys, he sets out on an unforgettable adventure.

The Story of Doctor Dolittle provides the reader with some grounding and backstory of the famed animal doctor. I was not aware that Doctor Dolittle began his time treating humans first. Dolittle must support his vast animal home and sister, but slowly he loses his human clients and they begin to slip into poverty. Dolittle is forced to sell items in his home such as his piano to feed his clan. Eventually, after this tough time, he realises his true calling. With the help of his loyal animal companions, Dolittle begins his work treating animals. They are some bright scenes involving the various animals that cross paths with the famous doctor. My favourite of the bunch was the wise parrot Polynesia, who overshadowed Doctor Dolittle at some points of the novel!

For those who enjoy high seas adventure tales, in the same tradition as Gulliver’s Travels, Moby Dick or The Jungle Book, I think Hugh lofting’s book will appeal. From kings, princes, pirates, two headed animals and more, this action packed expedition will keep you amused. I read a 2018 Macmillan collector’s library edition of Lofting’s original novel. I was aware of the racism present in the original edition, but my version ensured these aspects were glossed over. With illustrations taken from the first edition, I enjoyed the supporting pictures to this engaging text. However, what I appreciated the most about reading The Story of Doctor Dolittle was the Afterword supplied by Philip Ardagh. This extra material provides a fascinating insight into the making of this treasured book.  We learn that Lofting was inspired to write Dolittle based on his Great War experiences.

‘So Lofting imagined a doctor who decided that it was equally as important to care for animal patients as human ones. He was, quite literally, for the underdog. It surely follows that the best way for a doctor relate to his patients would be to learn their languages. And so, Doctor Dolittle was born on the pages of Lofting’s letters home. The ongoing story embellished with his simple drawings.’

The language is simple and readable, which makes Lofting’s book perfect for a younger audience. The Story of Doctor Dolittle is firmly rooted in the past, but it is a nice reminder of simpler times. There is also a gentle message to the story, hinting to the need to listen more carefully to others, no matter who they are.  The characters are bold and varied, especially the animals, who really do steal the show. The title character of Doctor Dolittle is presented well and the reader can see his longevity as a character.

The Story of Doctor Dolittle by Hugh Lofting was first published in 1920. Details on how to purchase the book can be found here.

9 thoughts on “#Book Bingo 2020 Round 4: ‘A classic you’ve never read before’- The Story of Doctor Dolittle by Hugh Lofting”