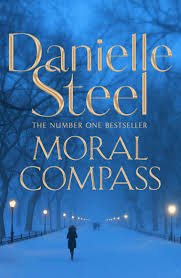 Saint Ambrose Prep has been the school of choice for the sons of the great and the good for over a hundred years. Now, for the first time, Saint Ambrose has just enrolled its first female students. While many of the kids on the campus have all the privilege in the world, some are struggling dealing with family, insecurity and loneliness. In such a heightened environment, even the smallest spark can become a raging fire.

The day after a Halloween party, a student lies in the hospital, seriously injured and with a dangerous level of alcohol in her blood. Only the handful of students who were there when she was attacked know what happened, and they have closed ranks. As parents, students, staff and the media attempt to establish the truth, no-one at Saint Ambrose will escape the fallout.

As the drama unfolds, those involved will reach a crossroads where they must choose between truth and lies, between what is easy and what is right, coming to rely on their own moral compass.

‘By the time the ambulance got to the hospital, all six boys were in a deep, drunken sleep, and Vivienne was still unconscious. And this was only the beginning. Their Halloween had changed all of their lives forever.’

Danielle Steel delves into the world of elite private schools, entitlement, teen drinking and rape in her latest production. Moral Compass is a dramatic story that spotlights entitlement, change, risk, recklessness, choice, blame, justice and redemption. Danielle Steel has her finger on the pulse in this timely novel.

In heart of Massachusetts sits an elite private school that has recently seen a big change. While this prestigious school was once only open to male students, it has decided to be more embracing and it has opened its doors to female students. While the students learn to contend with a mixed sex education, they also deal with the pressures of status, entitlement, pressure to perform, family problems and loneliness. There are strict rules to follow at Saint Ambrose Prep, with little opportunity to experiment with drink, drugs, or sex. However, a fateful Halloween party provides a one off opportunity for a group of students to rebel and let their hair down. One drink turns into another and they invite one of the new female students to join the party. The small party gets out of control very quickly, and it leads to the hospitalisation of one from this group. Keen to protect themselves and their reputation, the party group keeps their lips sealed as to what happened that night. This incident has far reaching effects. It impacts the victim, the staff of Saint Ambrose, the students, parents, police, investigators and eventually the judge who has to preside over their final fate. The Saint Ambrose case throws up lies, truth, blame, moral questions and justice. It is problematic from start, for all involved. Can the truth be attained and a sense of what is right for the victims, as well as the perpetrators?

In the world of #metoo and the airing of such cases as the Central Park Five, Danielle Steel has approached her latest novel with timely relevance. The scenario she presents, of a teenage girl from an elite school left with severe alcohol poisoning who is raped, is a compelling case. I would even issue a trigger warning for this one. It is an upsetting incident, where a young woman is clearly taken advantage of in an opportune situation. What angered me most and also left me with a sense of sorrow was that no one wanted to take the blame, or show any sense of moral responsibility. The poor victim is left for dead, as the group does not want to get into trouble. Steel draws in the bystander effect with this case, which angered me.

With a setting based in a private elite school, it throws another layer to the story. The students have a host of issues to contend with, before the incident occurs. The pressure to perform, loneliness, expectation and privilege all circulate. When the parents become involved, this saddened and sickened me even more. Rather than care for the victim, they were concerned with protecting their child, family name and future. Buying their way out of this case became another issue to contend with, which enabled me to see why Steel labelled this novel ‘moral compass’. There are many questions of mortality and humanity to consider in this complex case.

As I have come to realise with Danielle Steel novels of late, the bones of this novel are there to make it a truly compelling read. However, the lack of depth and exploration of the characters (there are a fair few) made this book a substantial, but not a stellar read for me. There are plenty of interesting facts pertaining to the legalities of this case, which Steel seems to spill out, rather than intricately explore further in her novel. The dialogue could have been extended, along with the story threads, especially in regards to the reactions and feelings of the perpetrator and victim of the crime, it seems brushed over unfortunately.

The case unravels in a closed and believable fashion, all within just under three hundred pages flat. This is generally the formula we come to expect with a Danielle Steel book.  Moral Compass is a novel that will make you consider your thoughts on morality, ethics, virtue, justice and restitution. Moral Compass is an issued based story, that will draw in contemporary fiction fans.

Moral Compass was published on 14th January 2020 by Pan Macmillan. Details on how to purchase the book can be found here.

To learn more about the author of Moral Compass, Danielle Steel, visit here.