Book Bingo 2019 is a collaboration challenge I am completing with my favourite bloggers, Theresa Smith Writes and The Book Muse. Each Saturday, on a fortnightly basis, beginning on Saturday 5th January 2019, Ashleigh, Theresa and I will complete a book review post, outlining our respective bingo card entries. The Book Bingo 2019 card contains a total of 30 squares, which we will complete over the course of the year, with the aim to complete the whole card by the end of December. Two of the Book Bingo entries this year will be flexible, so that means it is completely down us as to when we post these entries, to ensure all 30 are ticked off by the end of the year. Do keep an eye out on our respective blog sites for our bonus round entries!  To keep things interesting for ourselves and those following along with us, the choice of bingo square to be covered will be entirely down to us, there is no crossover – that is planned anyway! However, as Ashleigh, Theresa and I enjoy similar books, especially books by Australian women writers, I wouldn’t be at all surprised if we end up with more than one book double up, as was the case in 2018! We invite you to join us in this fun book related challenge, by linking your bingo card entries in the comments section of this post, tagging us on social media, or by visiting The Book Muse and Theresa Smith Writes.

A big, bold and hauntingly beautiful story that captures a defining moment in Australia’s 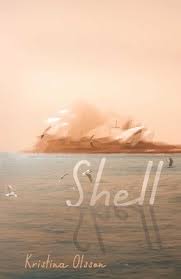 Everywhere he looked he saw what Utzon saw. The drama of harbour and horizon, and at night, the star-clotted sky. It held the shape of the possible, of a promise made and waiting to be kept …

In 1965 as Danish architect Jørn Utzon’s striking vision for the Sydney Opera House transforms the skyline and unleashes a storm of controversy, the shadow of the Vietnam War and a deadly lottery threaten to tear the country apart.

Journalist Pearl Keogh, exiled to the women’s pages after being photographed at an anti-war protest, is desperate to find her two missing brothers and save them from the draft. Axel Lindquist, a visionary young glass artist from Sweden, is obsessed with creating a unique work that will do justice to Utzon’s towering masterpiece.

In this big, bold and hauntingly beautiful portrait of art and life, Shell captures a world on the brink of seismic change through the eyes of two unforgettable characters caught in the eye of the storm.

And reminds us why taking a side matters.

Kristina Olsson is an Australian writer, who has written both fiction and non-fiction books. In 2018, she released Shell to great acclaim, a book that merges the personal perspectives of two people living under the construction of the iconic Sydney Opera House. Shell is a complex meditation on the ills of war, love, sacrifice, ambition and change. Defined by pensive prose, Shell is demanding novel, that meanders through a turbulent time in Australia’s not too distant past.

Beginning in 1965, Shell outlines a time when visionary Jørn Utzon implemented his grand plans for the construction of a revered building of art and presence. We know that this building would later become the famed Sydney Opera House, one of the modern wonders of the world. Day after day, year after year, this building dazzles tourists and locals alike. However, this famous attraction was once the centre of a great deal of controversy. The building of the Sydney Opera House occurred under strained circumstances in Australian society. With the Vietnam War raging abroad, there was a need to enforce a conscription lottery. This act angered and divided the nation to the highest degree. This policy impacted Australians far and wide. From the men conscripted, to their partners and families left behind, this was a highly emotional turning point in our nation’s past. For journalist Pearl Keogh, one of the two leading protagonists in Shell, the agonising wait to find out the fate of her two brothers, takes its toll. When Pearl gains attention for the wrong reasons during a protest, she pays the ultimate price and her career takes a nosedive. Meanwhile, the other leading figure of this tale, Axel, is an artist who specialises in the art of glasswork, arrives on Australia’s shores to begin work on the Sydney Opera House project. Through Axel’s point of view, we watch on as one of our nation’s most beloved structures begins to take shape, under the backdrop of significant societal change.

There is an extrinsic and intrinsic beauty to Shell. I was immediately taken aback by the stunning cover art of Kristina’s Olsson’s fourth work of fiction. The palatable pearl embossed styling that engulfs the back and front of the dust jacket of Shell is simply spellbinding. The out of focus image of the Sydney Opera House, surrounded by a flock of seagulls in flight, certainly worked well to draw me in. In terms of the content of this novel, Shell is best defined as a piece of strong literary fiction, with our nation as its central concern.

Shell follows the lives of two different protagonists. The lead female of the tale is Pearl Keogh, an ambitious and passionate journalist. Pearl suffers a big hit to her flourishing career when she is involved in an anti-war protest. Pearl is determined to save her brothers from the forced conscription lottery, but it lands her in hot water and she demoted at her newspaper. Pearl’s experiences and world view, provide us with an excellent insight into this tumultuous time in Australia’s past. Although only a few decades ago, Pearl opens our eyes up to the inequality, the changes that were being petitioned, the opposition, fears, worries and central concerns of the population. Pearl’s perspective reminds us of the gains and losses of this time. Pearl is a likeable protagonist and I admired her tenacity, as well as her belief system.

Running alongside Pearl’s story is that of a newly arrived outsider to Australia. Axel is commissioned from Sweden to work on the glass aspect of the Sydney Opera House project. Axel’s view is insightful and unique, offering the reader a glimpse into how Australia of the 1960’s would have materialised in the eyes of a tourist, or a newcomer to our shores. Axel’s perspective is contemplative and observant. It helps the reader to think critically about an important moment in our history books.

The overarching theme of Shell is undoubtedly the impact of the Vietnam War on the home front in Australia. There are some resonating messages about this difficult time in our past, that I am sure will have a bearing on our thoughts today. For me, this aspect of the novel was almost educative, as it increased my knowledge and understanding about a time that I feel is often glossed over, for unknown reasons. As an Australian citizen, we should be aware of this time our past, the sacrifices that were made, and the emotional turmoil that this policy of conscription churned up.

The prose present in Shell is poetic, lyrical, descriptive but also ambiguous. I think the onus is on the reader to pull from the passages of the book what they desire. For me, this book was a personal struggle, my wish to race through it due to my fast reading pace and time pressures didn’t align with the rhythm of Shell. I recommend devoting a set and unhurried time to Shell, to gain maximum appreciation of this novel.

Shell is a rich literary meditation on the rise to power of Australia’s most well-known architectural masterpieces, the Sydney Opera House. With undercurrents of war, contention, political struggles, cultural and societal change looming around Shell, Kristina Olsson’s 2018 release is a poignant reminder of our recent past.

Shell by Kristina Olsson was published on 27th August 2019 by Simon & Schuster. Details on how to purchase the book can be found here.

Shell is book #130 of the 2019 Australian Women Writers Challenge