Title: Under the Midnight Sky 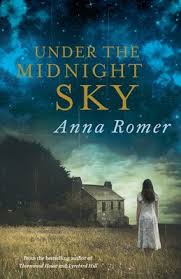 When an injured teenager goes missing at a remote bushland campground, local journalist Abby Bardot is determined to expose the area’s dark history. The girl bears a striking resemblance to the victims of three brutal murders that occurred twenty years ago and Abby fears the killer is still on the loose.

But the newspaper Abby works for wants to suppress the story for fear it will scare off tourists to the struggling township. Haunted by her own turbulent memories, Abby is desperate to learn the truth and enlists the help of Tom Gabriel, a reclusive crime writer. At first resentful of Abby’s intrusion, Tom’s reluctance vanishes when they discover a hidden attic room in his house that shows evidence of imprisonment from half a century before.

As Abby and Tom sift through the attic room and discover its tragic history, they become convinced it holds the key to solving the bushland murders and finding the missing girl alive.

But their quest has drawn out a killer, someone with a shocking secret who will stop at nothing to keep the truth buried.

Anna Romer is the bestselling author of Thornwood House and Lyrebird Hill and she also happens to be my favourite Australian novelist. Romer’s novels seem to go from strength to strength and with each new release she is able to extend herself.  In Under the Midnight Sky, Romer dazzles the audience with her tale of mystery, romance, history and age old secrets.

My reader love affair with Anna Romer definitely hasn’t waned, and after reading Under the Midnight Sky I am more in love with her writing than ever! This was a solid five star read all the way for me. Under the Midnight Sky is another magnificent gothic Australian mystery, with a bush flavour. Think Picnic at Hanging Rock, but dare I say better! Under the Midnight Sky will have you under its mesmerising spell from the first sentence, through to the final word. As soon as I opened Anna Romer’s fourth novel I was captivated by the swirling atmosphere, it was immersive and intense.

“The night sky faded into dawn as I ran along the deserted road. My breath puffed little clouds in the cool autumn air, though my skin was hot and damp despite the chill. By the time I reached the forest edge on the outskirts of town, the sun crested the horizon and was flooding silvery light over the distant mountains. But as they sky grew lighter, the shadows that swarmed around me under the roadside trees only seemed to darken.”

The wow factor is established very early on in the novel and this continues throughout the unfolding narrative. Anna Romer has complete command of her reader, she steers her ship on a steady route, but at the same time, her course delivers plenty of shifts and jolts. These narrative dips are pleasurable, despite the level of bewilderment at times. Romer’s storyline isn’t basic, it is complex and it comes with an array of perspectives, as well as shifting timeline. This narrative is so rewarding and I urge anyone who has reservations about the book’s style to plough on. Anna Romer is a grand storyteller.

The character observations in Under the Midnight Sky are striking and I was easily drawn into each character, which is due to Romer’s command of her cast. I developed a swift connection to Abby, and I loved her flourishing romance with Tom, the reserved crime writer. Tom was so well drawn and I really looked forward to his sequences in the book.

Under the Midnight Sky is quite the genre concoction for Anna Romer. If I had to pin it down to one set genre, I would classify it as a gothic mystery. However, this book does contain a spectacular dose of romance, which was just to my tastes, along with a solid historical background that foreshadows much of the novel. The device of a diary to recall many of the key features of the book worked incredibly well and it proved to be one of my favourite elements of Under the Midnight Sky. Anna Romer is a skilled manipulator, she feeds little clues, withholds key information in a timely manner and dupes the audience until very late in the piece. I was definitely at Romer’s mercy, but I didn’t mind one bit!

Under the Midnight Sky is an extravaganza, a real Australian showpiece that will lure all kinds of readers in, from the opening to the very close of the book. Anna Romer has yet again reached great heights with her latest novel and Under the Midnight Sky comes with the highest recommendation from this super fan!

Under the Midnight Sky by Anna Romer was published on 1st May 2019 by Simon & Schuster Australia. Details on how to purchase the book can be found here.

To learn more about the author of Under the Midnight Sky, Anna Romer, visit here.

*I wish to thank Simon & Schuster Australia for providing me with a free copy of this book for review purposes.

2 thoughts on “Book Review: Under the Midnight Sky by Anna Romer”