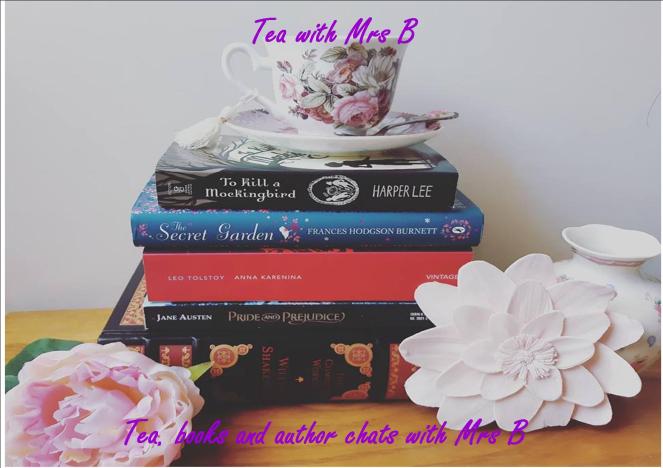 Welcome to Tea with Mrs B, an author interview series. Here to share a pot of tea and to chat about her brand new book, When the Moon is a Smile, is Teena Raffa-Mulligan.

Teena writes tales to entertain children of all ages and her publications include poems, short stories, picture books and novels. Her first published picture book was a stranger danger tale about an elephant and a tiger (You don’t Know Me?, Darelle Publications, 1981) that brought her five minutes of fame and introduced her to the joy of sharing her passion for writing with children. She has been presenting talks, workshops and seminars for children and adults ever since and all her presentations have a strong focus on inspiration and encouragement. Teena has also had a long career in journalism, writing for and editing magazines and newspapers. She lives near the beach in a coastal city south of Perth, Western Australia and has three grown-up children with families of their own who provide plenty of inspiration for new stories.

Hello Teena. It is my pleasure to welcome to my blog, Mrs B’s Book Reviews and thank you for joining me for Tea with Mrs B, an author interview series.  To set the mood for our tea infused interview, what is your preferred beverage, tea, coffee or other? And side accompaniment, scone, cake or other?

Tea – English or Irish Breakfast – and ginger nuts biscuits. Though I am also partial to Danish pastries.

I mainly write for children though a few years ago I began flirting with romance. To date I have had 19 children’s books, three short romances and a collection of reflections on life published. Many of my poems and short stories for children have appeared in magazines, newspapers and anthologies.

Can you describe When the Moon is a Smile in just a sentence?

It is a gentle story that celebrates the love between a father and his young daughter, who is trying to come to terms with her parents’ separation.

What inspired the creation of When the Moon is a Smile?

One summer evening our daughter and young grandson were about to go for a walk along the beach path near our home when Joel saw the moon smile. Until then I’d never looked at the crescent moon in that way.

Can you tell us about the collaboration process with the illustrator of When the Moon is a Smile, Amy Calautti?

Daisy Lane Publishing publisher Jennifer Sharp and I had both seen some of Amy’s work on FB and thought it would suit my story. Jennifer got in touch, Amy said yes and they worked together, though I was given plenty of opportunity along the way to offer feedback as the book took shape. I’m absolutely thrilled with Amy’s illustrations. She’s brought something special to my story.

It might be worth noting here that I don’t usually collaborate with the illustrator on a traditionally published book. The publisher and the illustrator work together, however I might initially be shown some of the illustrator’s previous work to see if I like it. Sometimes I will see work in progress on the artist’s social media post. It’s great if I have an opportunity to offer feedback along the way as I did with When the Moon is a Smile and it’s a bonus if I do get to work closely with the illustrator as I did with Veronica Rooke on several titles. Four of my titles (with various publishers) were a complete surprise because I didn’t see any of the artwork until my author copies turned up.

How long did it take you to write When the Moon is a Smile?

That’s a tricky one. The way I work it can be difficult to estimate the time it takes to complete a story. I remember I mulled over the idea during the few days following the walk and jotted down various lines as they came to mind. When I thought I had enough for a picture book text, I drew up a rough page plan so I could place the story fragments in the right order. I typed it up and thought it was finished. My critique group gave me some positive feedback. I also had a one-on-one session with a publisher who gave me some wonderfully constructive criticism on that early version. As a result of her comments I kept playing around with the words and the story evolved into its present form. 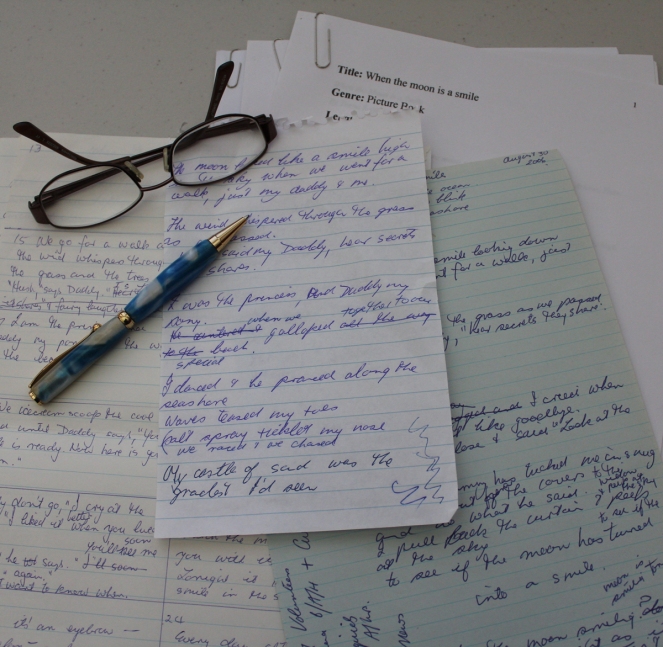 Where did the inspiration for the characters featured in When the Moon is a Smile come from?

My son was going through a marriage breakup at the time and was devastated at the thought of not living full-time with his two young children, so that obviously played a part. Essentially, though, I put myself into an imaginary space and the characters suggest themselves.

How different was the experience of writing When the Moon is a Smile, compared to your other work?

Every story has its own energy so the experience of writing it will be unique. A lot of my stories have an element of fun and humour, whereas Moon is a more serious story. I wanted to make sure it included some lightness.

What do you hope readers will take away from reading When the Moon is a Smile?

A smile, and the reassurance that circumstances might change but love is the strongest bond.

The main writing space is inside my head and a lot of the sentences first take shape while I’m away from my desk. I do a lot of scribbling in notepads at the kitchen bench, in a recliner chair at the lounge room window, propped up in bed, on the back patio or the sun deck. It’s these handwritten scrawls that give me a kick start. If I sit down at the computer with nothing to work from, I go as blank as the screen in front of me.

Do you have any advice for the aspiring writers out there?

Write in the way that works best for you. Measuring yourself against others is a waste of your creative energy.

Is there a genre you haven’t tried writing yet, but want to in the future?

I’d like to have a go at a thriller or psychological suspense.

What is next on the horizon for Teena Raffa-Mulligan? Do you have any writing projects you would like to share with us?

I’m working on a middle grade novel called Talibut Vish. It’s about a kid who hires a parent tamer because he’s had enough of trying to sort out his problem parents. At first Mike thinks he’s found the solution to his dilemma. But when Mr Vish becomes less of a friend and more of a threat, Mike realises he has a bigger problem than misbehaving parents. It’s a fun story to write and I don’t really know what’s going to happen from one chapter to the next. I’m figuring that out as I go. I’m also working on a non-fiction title about writing. The working title is Word by Word, a writing life and it’s a mix of memoir and writing tips.

The 1920s. It was a time of social change, especially for women, who were enjoying less restriction both in everyday life and fashion. Cars, telephones, radio, ‘the pictures’ and household electricity were on the scene and it was an era of economic prosperity for many. I also rather fancy myself dressed as a ‘flapper’ and dancing the Charleston. Now that’s an interesting image!

Julia Cameron, author of The Artist’s Way and The Right to Write. Her books came my way at a time when I was feeling creatively blocked. I was working in newspapers and magazines but my heart was in writing fiction, so I felt very much that I was in one place while wanting to be in another. It would be lovely to chat with her about her own experiences as a writer and share how her books inspired a shift in perspective for me.

Thank you for taking the time to visit Mrs B’s Book Reviews for Tea with Mrs B Teena.  Congratulations on the publication of When the Moon is a Smile! 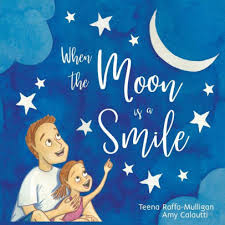 It’s the plea that tugs at the heart of every loving father whose child no longer shares his everyday life due to a relationship breakdown.

For a young child, accepting how things have changed once parents live apart can be difficult.

When ‘Daddy time’ is occasional instead of constant, saying goodbye for now can be the hardest part of spending time together.

In this gentle story about the special bond between a little girl and her father, the fun of sharing a day imagining everyday activities into extraordinary adventures turns to sadness when it is time for him to leave.

Tears turn to acceptance with the promise that Daddy will soon return — and there is a special way to know when that will be.

A heart-warming family story from the author of Who Dresses God? and True Blue Amigos and Friends.

4 thoughts on “#Books On Tour – Blog Tour -Tea with Mrs B: Teena Raffa-Mulligan”