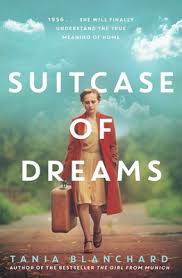 From the bestselling author of The Girl from Munich, a sweeping, dramatic tale of love and identity, inspired by a true story

After enduring the horror of Nazi Germany and the chaos of postwar occupation, Lotte Drescher and her family arrive in Australia in 1956 full of hope for a new life. It’s a land of opportunity, where Lotte and her husband Erich dream of giving their children the future they have always wanted.

After years of struggling to find their feet as New Australians, Erich turns his skill as a wood carver into a successful business and Lotte makes a career out of her lifelong passion, photography. The sacrifices they have made finally seem worth it until Erich’s role in the trade union movement threatens to have him branded a communist and endanger their family. Then darker shadows of the past reach out to them from Germany, a world and a lifetime away.

As the Vietnam War looms, an unexpected visitor forces Lotte to a turning point. Her decision will change her life forever . . . and will finally show her the true meaning of home.

Suitcase of Dreams by Australian author Tania Blanchard is the sequel to the hit, The Girl from Munich. As I haven’t read The Girl from Munich I saw it as an opportunity to see if this saga could be read as a stand–alone. Blanchard has provided enough background information that it could be read without reading The Girl from Munich first. While the prequel is set in Germany, Suitcase of Dreams is set in Australia between 1956 and 1976, based on the life of Blanchard’s grandparents. The narrator is Lotte Drescher, a migrant from Germany, along with her husband, Erich, and their two children, Greta and Johanna, chronicling their new life down under.

The story begins with the family arriving on the shores of Western Australia and quickly moving from Victoria to New South Wales, where they eventually settle. Just like the Drescher family, I felt breathless on arrival, as if I didn’t have the opportunity to absorb and take in my new surroundings in a time so different to now. Everything moved so fast for people who were still recovering from the war. From here, Blanchard paints an honest picture of life for European migrants. I felt like I was living in Australia for the first time as she shows the difficulties Lotte and Eriche faced as they tried to get work and the racism they experienced daily. It was shocking and made me thankful that times have changed since then. I was most surprised to read about the lack of jobs for men and the distances they had to travel to secure a position. In contrast, their children seemed more adaptable. With the guidance of their parents, Greta and Johanna are able to navigate problems and have a good life.

Erich’s character showed me that the unions played a vital role in helping migrants gain equality and rights that the Australians took for granted. Through their extended family, such as Lotte’s mother, I came to realise why the migrants of the past and the present stay in their own groups, reluctant to take up another life and culture. They feel that they are giving up their own culture to assimilate with another, however the generation gap is plays its own part too. On the flip side, I admired Lotte and Erich for trying to embrace all that a new country had to offer them. The inner strength in both Lotte and Erich as individuals and as a couple was inspiring as they worked hard to make a better life for their children that they themselves never experienced. It’s a timely reminder of the many sacrifices made by the war generation that have allowed us the privileges we have today.

This is a great read for fans of A Place To Call Home. With themes of war, migrants, racism and family, this is a novel to remind you of just how far we have come because of the sacrifices that the war generation made for their family.

Suitcase of Dreams by Tania Blanchard was published on 1st November 2018 by Simon & Schuster Australia. Details on how to purchase the book can be found here.

Learn more about the author of Suitcase of Dreams, Tania Blanchard, here.

One thought on “Guest Book Review: Suitcase of Dreams by Tania Blanchard” 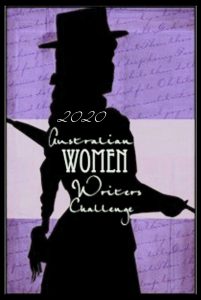